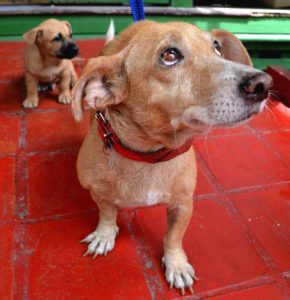 It is a perennial problem faced by all animal welfare organizations. How do we discourage cruel and thoughtless people from dumping unwanted animals by roadsides, in the countryside and in residential areas?

Many of us have found litters of kittens or pups dumped either near homes or, often, near schools.  Perhaps those who dumped them thought that people from the district might take them in. Perhaps they thought that the school children would take them home and be allowed to keep them as pets.

Both scenarios are unlikely.

Kind people in the district usually turn out to have animals of their own and cannot take in any more. A child taking home a stray kitten or pup will not necessarily find that it is welcome.

Only too often the little animals are left to fend for themselves, half starved and, only too often, run over by passing traffic.

The Animal Welfare Network has, since its inception, promoted the spaying and neutering of pets to reduce the problem of stray animals and dumped litters.

It is all part of encouraging people to be responsible pet owners. A responsible owner who does find him or herself with an unplanned litter of pups or kittens makes proper arrangements for them.  Either they are given to people who will provide good homes or they are handed over to an animal organization. They are not dumped.

The next thing the responsible owner does it spay the mother. Pronto. Before she can breed again!